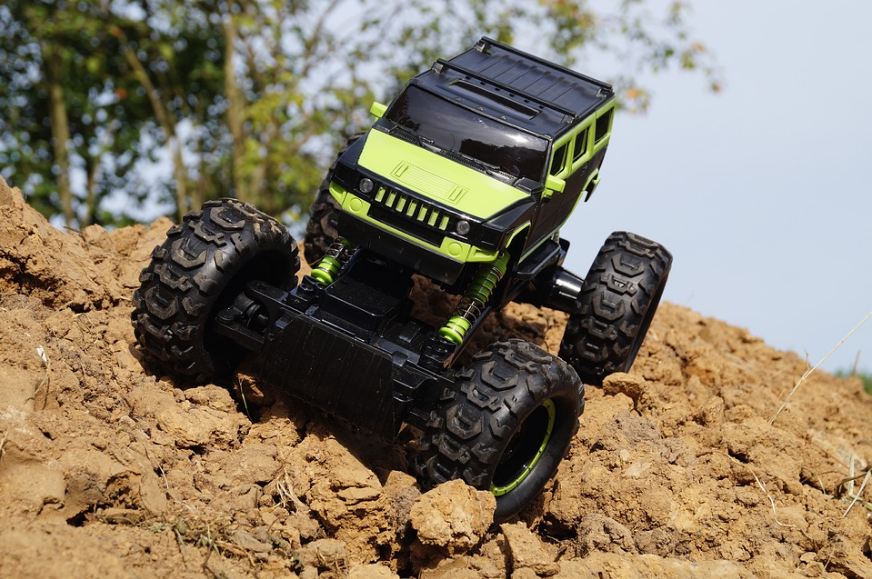 Among the various hobbies of children as well as adults is playing with the Remote-Control Cars and Trucks. You would be surprised to know that there are already many different types of brands working for the remote-control cars and trucks. If you are planning on buying an RC Semi Truck, here is a buying guide for you that might help you in making the right purchase. Make sure you read it till the end, so you don’t miss any key detail.

What is an RC Semi Truck Kit?

Many users get confused between a kit and a ready to run production toy. An RC Kit is a toy which requires complete assembly by the users themselves which requires certain tools as well such as a screwdriver. On the other hand, a ready to run RC truck would be completely intact in its original form and the user can play with it right away.

The kits are usually more expensive than a ready to run RC toy due to the fact that a kit contains many different types of small items which add to the details of the final product while a ready to run production toy may not necessarily have these details. 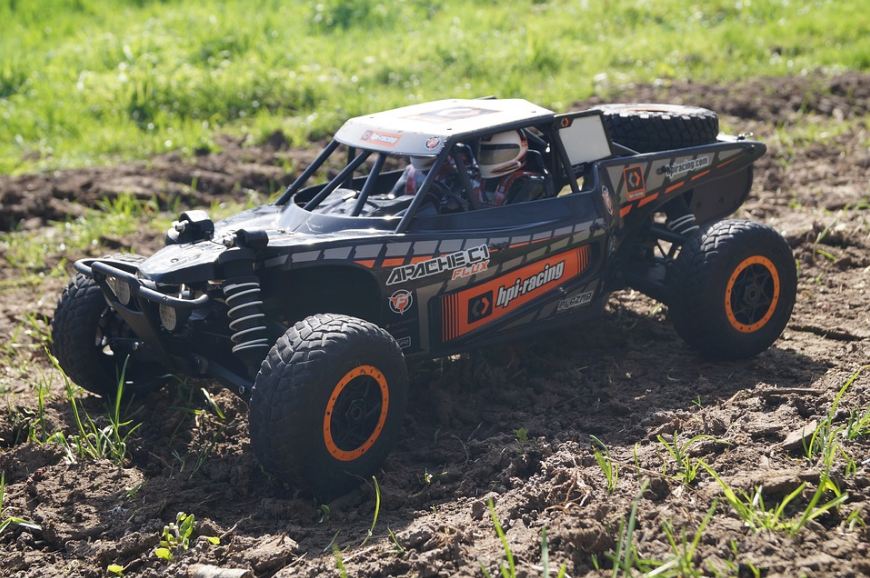 What to look for when buying an RC Semi Truck Kit?

Since the kits are more expensive than a ready to run toy, here are some key points which you should consider before buying yours.

It may come to you as a shock, but the RC kits do come with either an electric engine or a nitro engine. The nitro engine ones are quite expensive mainly because they are controlled with a proper engine system. As a result, these are loud as well as faster than the other type. If you are a professional hobbyist, getting the nitro engine truck would be a better option for you.

In other cases, an electric engine truck is considered to be the most popular one since it is readily available and produced by many companies as well as the fact that it is best for beginner and intermediate level users.  One thing that is for sure, they aren’t as complex as maintaining and servicing a car!

In the case of a typical electric RC truck, the most important component is the motor which is driving the truck. There are two types of motor either armature or stator which are also known as brushed or brushless motors. For the best driving experience, get an RC Semi Truck which comes with brushless motors which have superior efficiency and performance as well as they do not break up as quickly as the brushed motors do.

The LiPo batteries have been common in the RC vehicles for a very long time due to the high performance that they give in an RC truck as well as the fact that they have lower resistance rates. However, these can be charged by special chargers only such as an AC or DC charger with a fast charging mechanism and specialized high capacity power banks. The NiMH batteries are cheaper and don’t require much care while their performance is just satisfactory. 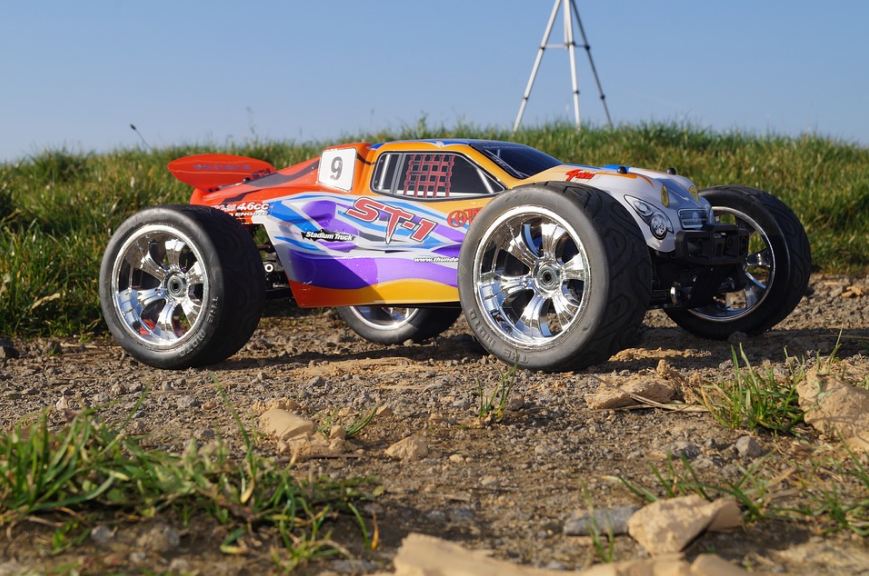 For the other types of RC semi-trucks which run on gas engines, there are other things that you might need to consider before buying one. First of all, one must consider the availability of the desired fuel that would be required in a RC car. Different manufacturers have varied requirements for their car. It is always recommended to get a car that has better engine tuners to save on fuel. In certain cases, you can get the RC special fuels such as nitrous versions which could be used for the racing purposes.

Going gas means you should be considering all the possible aspects including the glow pipes and the exhaust pipes of the RC Truck. Since there is no electronic ignition system, a glow plug is used to ignite the air with fuel with a lower compression. On the other hand, an exhaust pipe could be used by the hobbyists to bring up that raging sound and that loud noise which truly proves the value of your money. Moreover, please make sure that the RC Semi truck which you are buying is having suitable pinion and spur gears. 48 and 32 pitch are the most common ones in the RC trucks.

While it may not be exactly environment friendly, the engine-based trucks are one of the most desirable RC Trucks. We suggest the hobbyists go for the electric ones rather than the engine ones because they are pretty expensive to maintain.

Although you could easily find a range of options when looking for an RC Semi truck, you should choose the right brand. The cheaper ones are not as durable and last long which is why the branded ones may be a little bit costlier. Traxxas is one of the oldest and highly specialized companies in designing different types of RC trucks. There are more than 25 models to choose from. If you are looking for a monster truck, you should get the Traxxas Stampede 1/10 2WD Monster Truck as it has been known to provide the true experience of RC remote controls in a rugged terrain environment.

Other two famous brands include RedCat Racing and Axial Racing both of which produce high end RC Kits. Redcat Racing is the right company if you are looking for a nitro engine because Redcat is known for them. Those who have a relatively larger budget could go for Axial racing. With the truck you purchase from Axial Racing, there will be an outstanding performance delivered in the coolest style. 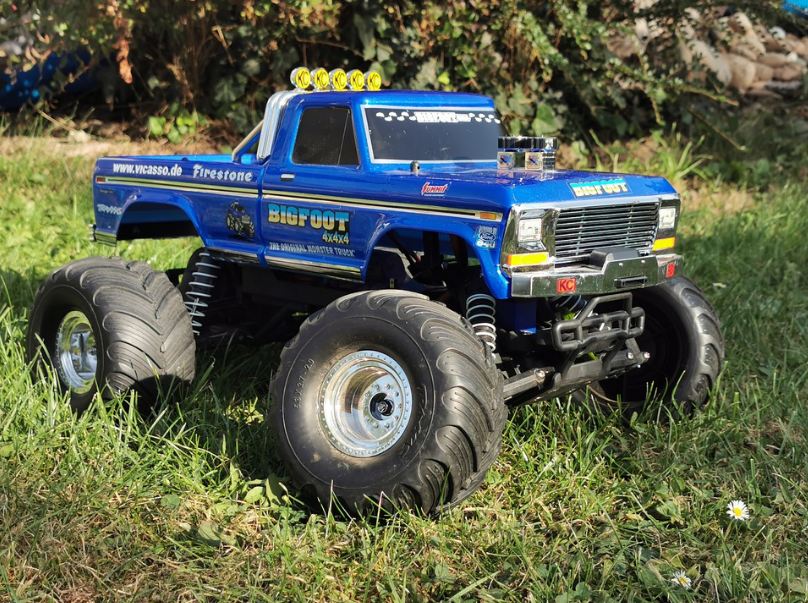 When you purchase a kit, you should be aware of the fact that it requires different types of tools for the complete assembly. One must not only rely on the simple screwdrivers as the assembly of an RC Semi Truck is dependent on other tools also. Make sure that you have nut drivers, Lexan scissors, hobby knife, sprue cutter, and body reamers included in the package. In case you do not have the complete set of tools in the package, they are easily available at the nearest electric supplies store.

It is our suggestion to get an RC Truck which comes with a three-channel mechanism as it allows for other functions such as locking differentials as well as speed transmissions also. These radio systems are generally equipped with better antennas and support components which allow for improved communication between the radio and the receiving device. 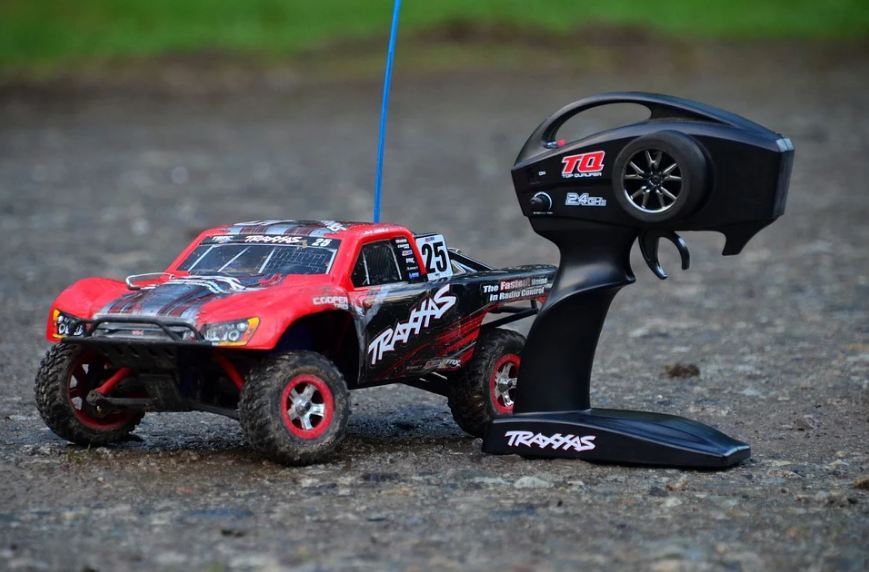 As much as the tires and wheels matter in a real truck, they do so in the case of an RC semi-truck as well. The RC tires are usually glued to the wheels so that they can perform on high speeds without breaking up. This also helps in avoiding any kind of dirt coming into the main chamber of the truck. In the off-road trucks, the case is a bit different as each tire has its own suspension while torque is the more important concern than the speed.

One can always reuse the tires and wheels as well as change them wherever they require. However, before using any kinds of wheels, decide on which terrain you will be riding your semi-truck. Tires can be purchased unmounted separately as well from the manufacturer. In other cases, premounts can be bought to get your truck running in only a couple of minutes.

It may sound a little too much for an RC Semi Truck but yes, a pit bag is something you should consider a must especially if you are carrying an engine-based kit. This is because the engine-based trucks have various types of components which can break down at any time and may require a supplement piece. Most hobbyists use the pit bags to carry their equipment and gear safely while also keeping extra accessories such as batteries or glow pipes etc.

In conclusion, it can be said that one can always get hooked to RC trucks and cars. Enjoy with them till they last and then get a new one. However, it is always better to buy the better-quality ones such as those which we suggested above. These ones are certified to last longer than the common and lower quality ones. We hope our buying guide has been helpful for you.