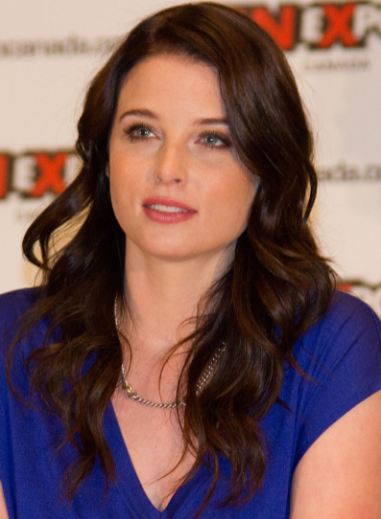 Born on January 8, 1980, Rachel Emily Nichols is an American model and actress. Nichols was enrolled in Columbia University in the late 1990s from where she began her modeling career. Then, in the early 2000s, she joined acting and took on a role in her debut movie “Autumn in New York”.

Over the years, Nichols has managed to secure several acting projects including Star Trek. Her most recent project was a TV series titled “The Librarians”. As she continues to work her way up, let us take a look inside the life of actress Rachel Nichols to learn more about the same. Let’s begin.

Rachel Nichols was born to Alison Nichols and Jim Nicholas, who was a schoolteacher by profession. She attended Cony High School where she competed in the high jump. While she was a kid, Rachel would find it hard to control her arms and legs. As a result, she went through several highly structured dance classes to control herself.

The year 1998 saw actress Rachel Nichols enrolling in Columbia University with the aim of becoming a Wall Street analyst. One day while in France, she was noticed by a modeling agent who invited her for modeling in Paris. She eventually ended up paying her tuition fees using the proceeds from her modeling work. Rachel worked for L’Oreal and Guess along with several other prominent brands.

Graduating in 2003, she studied economics and psychology with a double major in economics and mathematics. However, in 2008, she decided to hang her modeling shoes for good.

The profile of Rachel Nichols begins with her movie career taking flight in 2000, while she was still a university student. She bagged a role in Autumn in New York, which was termed one of the best Hollywood melodramas. She was lucky enough to watch Winona Ryder and Richard Gere’s work.

Even though she appeared in only one episode, it turned out to be a successful beginning. Inspired, Rachel began taking acting classes. Two years later, an agent helped Rachel bag another role in Sex and the City. It was that moment when Rachel decided that she wanted to be an actress.

Playing her successful role in Sex and the City gave her the opportunity to work alongside Kristin Davis, Sarah Jessica Parker, and Kim Cattrall, etc. The next year, Rachel was invited to Dumb and Dumberer: When Harry Met Lloyd to play one of the main characters.

Although the movie received mixed reviews from the critics but proved to be a priceless experience for the actress. Then, she acted in the movie called The Amityville Horror, which was based on a cold-blooded murderer who was influenced by mysterious voices.

The year 2005 saw Rachel appearing in Shopgirl, Alias, and Resurrecting the Champ. Following the horror movies, several others lined up including The Woods, Them, and P2. However, the latter brought much fame.

In the movie, Rachel was wearing a provocative dress. Despite the screenwriter suggesting that she should wear a short nightshirt, Rachel insisted that the dressing should be more appropriate. After P2, several offers flooded in for the star who was doing 3-4 movies every year.

In 2011, Rachel was hired to play the role of Tamara in the movie Conan the Barbarian but the project was deemed a failure. The next year, she joined the cast of Rob Cohan’s detective Alex Cross. The next year, Rachel tried her luck as a producer and worked on Continuum, which was a fantastic series.

She also played the main character, Kiera Cameron. The series received splendid reviews both from the critics and viewers. The series ran for a total of four seasons. In 2013, Rachel participated in The Witches of East End in addition to appearing in Raze and McCanick. Additionally, her performance in Chicago Fire was a success as well while the series ran for seven seasons.

Rachel married Scott Stuber in the summer of 2008, who was a director and producer. While the couple was leading a happily married life, they began building a house in Cabo San Lucas. However, their relationship failed and the couple split in the winter of 2008.

Rachel nichols married to Michael Kershaw in 2014. She had openly announced her wedding despite not preferring to share her private life much. In 2016, Rachel was amongst many other victim celebrities such as Avril Lavigne and Jennifer Lawrence who had their iCloud accounts hacked.

It can be said without a doubt that Rachel Nicholas is one of the few actresses who had a fairly decent start to her career and continued to perform in successful projects without much failure. Apart from acting in movies, her work as a producer as well as an actor in TV series received positive feedback across the globe. And while her last appearance was in 2019, chances are she will appear in other upcoming exciting projects in the future.