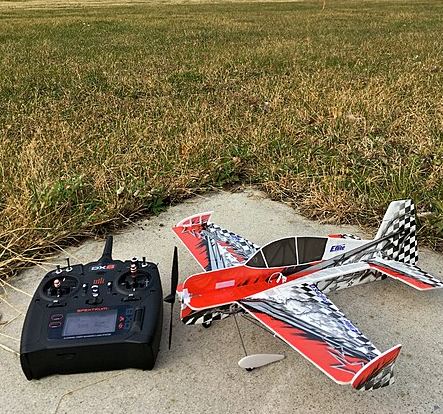 RC Planes are one of the best ways to kill your time if you already have had a full experience with an RC Car or Semi-Truck. RC Planes are a bit difficult to control compared to an RC car, but they do bring the same amount of fun. If you are planning to get your first ARTF Plane Kit, you should read the following buying guide that comprises all the details which you should be considering before getting your kit. 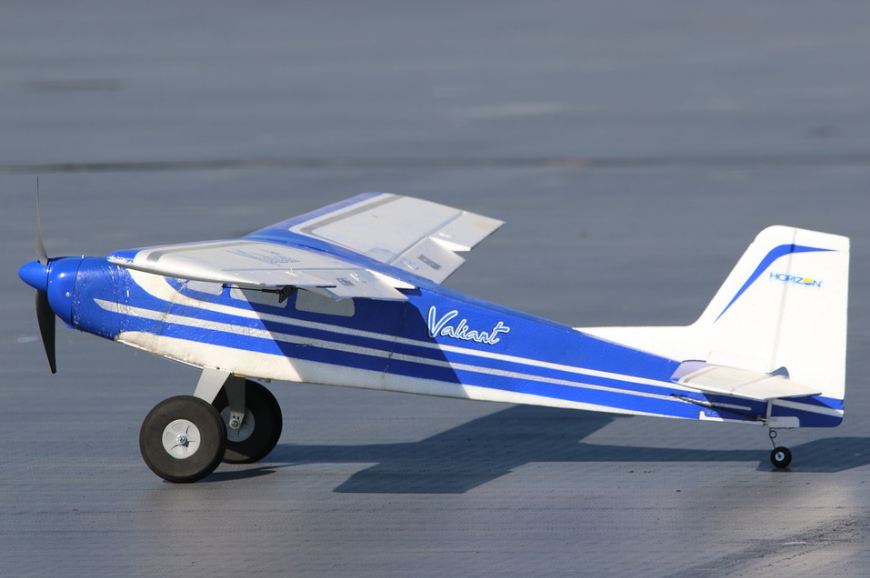 What are ARTF Plane Kits

For those who don’t know what are the ARTF Plane Kits, these are “Almost Ready to Fly” kits as abbreviated with the word ARTF. This means that the majority of the plane is already there, but you do need to work regarding the radio control as well as the engine motor. Mainly, you just get the plane body in your package while you can get the radio control and engine motor purchased separately. Some brands also offer the complete package which is usually what we recommend for beginners who don’t have much experience in buying the engine motors themselves.

Why are ARTF Plane Kits difficult?

Many people ask why they should not directly begin with a model that is big and comes with all the relative features. Or perhaps why should they not get a 4-channel radio system? The answer is that it may seem easy, but a plane is very difficult to control and manage due to the extra controls. Just like a real plane, an ARF Plane Kit can have features such as rudder control, throttle controls, elevator management, turret, vertical to horizontal speed ratio, descent control, and ailerons as well.

If one gets a plane kit directly with all these features, he may not be able to control it in the right manner and there are chances you might crash it somewhere. Plane Kits are expensive, and no one wants to waste their money by crashing them. Therefore, we suggest you start with beginner ARTF Plane Kits that are not having advanced controls. Try on them for a few days as it may take you a while to get your hands fluent on them. Once you are flying it smoothly without any difficulties, you can shift on to getting a better engine as well as better radio system.

Keep in mind that one can also train in simulators before actually getting their own ARTF Kit which will give them even better practice on an advanced plane which could reduce the chances for any crashes or damages in the future. 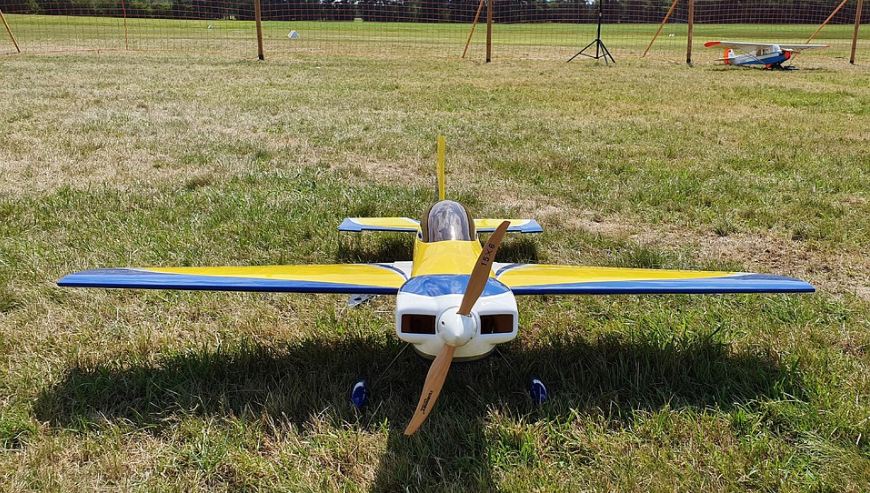 What to consider when buying ARTF Plane Kit?

When buying an ARTF Plane kit, there are mainly 4 things that need to be considered. This includes engine, radio, and field equipment. Here we will talk about them in detail so that you know which one should be bought.

Since you might not be getting an engine with the complete package, it is important to know the details of different types of engines that can be used. There are two types of engines which include the gas engine and a glow engine. If you are a beginner, don’t go for a gas engine because they are expensive as well as difficult to maintain as well. With different types of technical components in a gas engine, they are complex for a beginner.

In addition to that, the gas engines are not used for the smaller planes. They are used for the bigger airplanes as well. However, a main benefit of the gas engines is that they deliver the ultimate performance since they are being run on gasoline. There is no external power required in starting because these engines are started via the help of a spark plug. Many experts have suggested using a combination of gasoline and oil which prolongs the health of the engine as well as pushes the plane to the best throttle limits.

For those who are going on an ARTF Plane Kit which is smaller in size, a glow engine would be the perfect choice for you. There are two further forms of the glow engines which include the 2 cycle or the 4 cycle glow engines. Unlike the gasoline engine, this one uses methanol-based fuel with synthetic oil. The result is a good performance suitable enough for a beginner to handle as well as power the small aircraft within the desired controls as well.

The main difference between the 2 cycle and the 4 cycle is the way the fuel is injected among them. The 4-cycle engine is a bigger one and usually suitable for a medium plane  while the other one can be used for a small plane. Our recommendation is to use the 2 cycle glow engines because these are cheap, easy to operate, and bring that amazing sound as well.

The Radios are also of multiple types and you can buy one as per your requirements. Primary criteria to choosing a particular radio system should be the number of functions that it can perform which is mainly dependent on the number of channels of the radio. A very basic radio may have 2 channels while a highly advanced one could be having up to 10 channels at a time.

The Glider Radios are mainly used for the different types of ARTF Plane Kits. They have a minimum 2 channels which includes one for the rudder while one for the elevator. However, for an airplane, a minimum of 3 channel glider radio will be required for controlling the speed and giving it acceleration as well. For additional functionality such as flaps and spoilers, an appropriate one could be a 5-channel radio. These radios come with the rechargeable NiCd batteries. We suggest the rechargeable batteries as compared to the non-rechargeable ones. 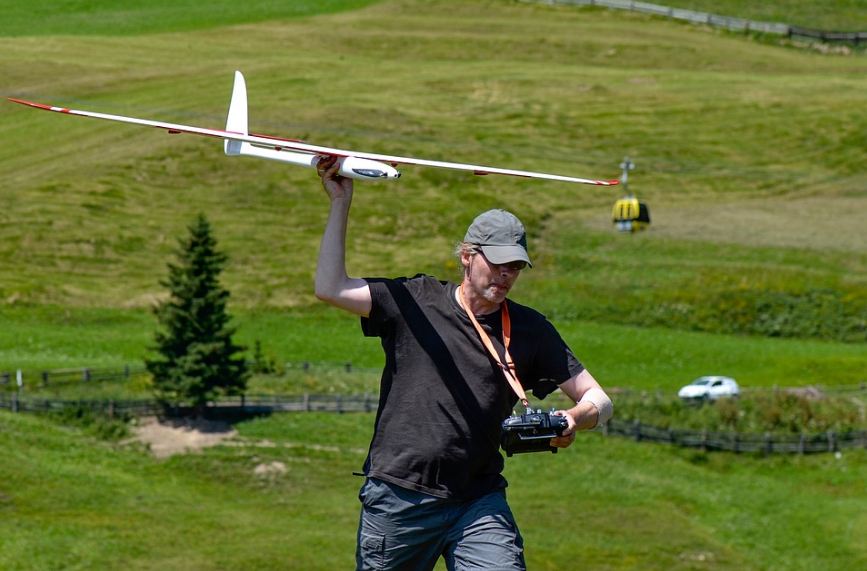 An aircraft radio is probably the best thing you could get for your ARTF Plane Kit. This is specifically designed for the aircrafts and not just for gliding purposes. The aircraft radios are relatively advanced and more for the intermediate users. However, even the beginners could settle themselves on this one. The aircraft radios have a wide variety, and the most advanced ones have a bomb drop feature, camera actuation, glider release feature, landing gear open or close feature, flaps management, and suitably controlling the rudder as well.

One thing that you should consider when buying your first ARTF Plane Radio is that it should be having the buddy box capability as well. The Buddy Box Capability provides the controls of the learner to the trainer on one touch. As a result of this in case the learner is unable to control the aircraft, the trainer can immediately take control on his own radio which will avoid any crashes. The Buddy Box Capability is useful because there are high chances that a new user could be crashing a plane because of inexperience.

Important equipment when getting an ARTF Plane Kit is the Field Equipment which is required at sight when you are flying your plane. This includes nominal tools such as screwdrivers and adhesives mainly which would be needed to create an instant fix for your plane. For those who don’t have an idea of which fix to get for their plane, they should buy the thin cyanoacrylate which is considered as the best adhesive for the plane. The tube in which it comes is designed in a way that it can reach the small, congested spots as well.

In case you have a bigger damage or you want a better adhesive, you should try getting the thick cyanoacrylate which is slow setting due to the thickness but can fix a plane just like new. To ease up and improve the timing in which the adhesive is dried, one can use a kicker or an accelerator in the form of a spray. It will be available at your nearest store.

In addition to that, a wrench might also be required to tighten up some tough spots. Hobbyists should always carry extra fuel with them so that there are no problems at the field. For the glow engines, the  1.2 to 1.5-volt battery will also be required which helps in starting up the plane. Having these spare batteries with you could help in tackling unexpected electrical issues which could arise in the plane. 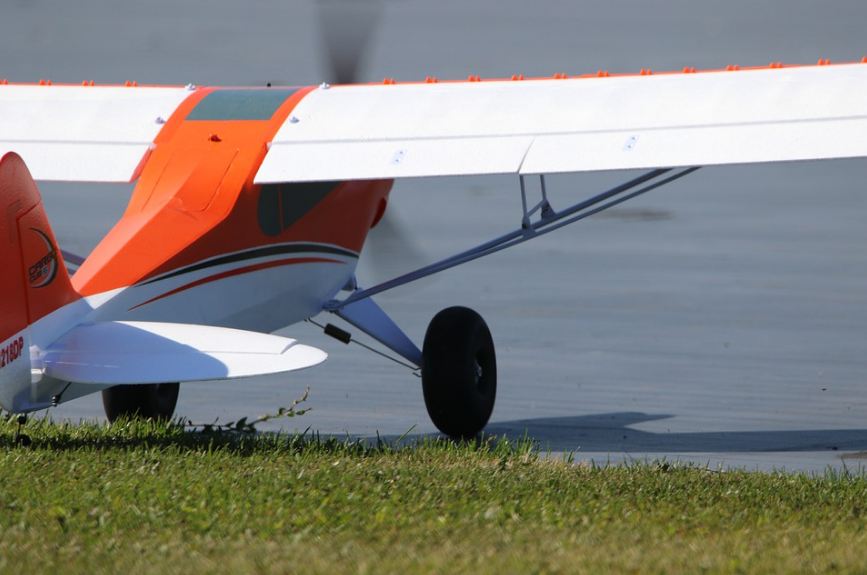 Coming to the conclusion, the ARTF Plane Kits are not bought as much as the case of an RC Car or Semi-Truck because of the restrictive factors such as the requirement of open areas for the ARTF Plane to operate in a smooth manner. In addition to that, hobbyists get the higher thrill with the cars compared to planes. However, if you do love airplanes and have a certain interest in aviation, you should definitely consider buying an ARTF Plane Kit. Happy Flying!