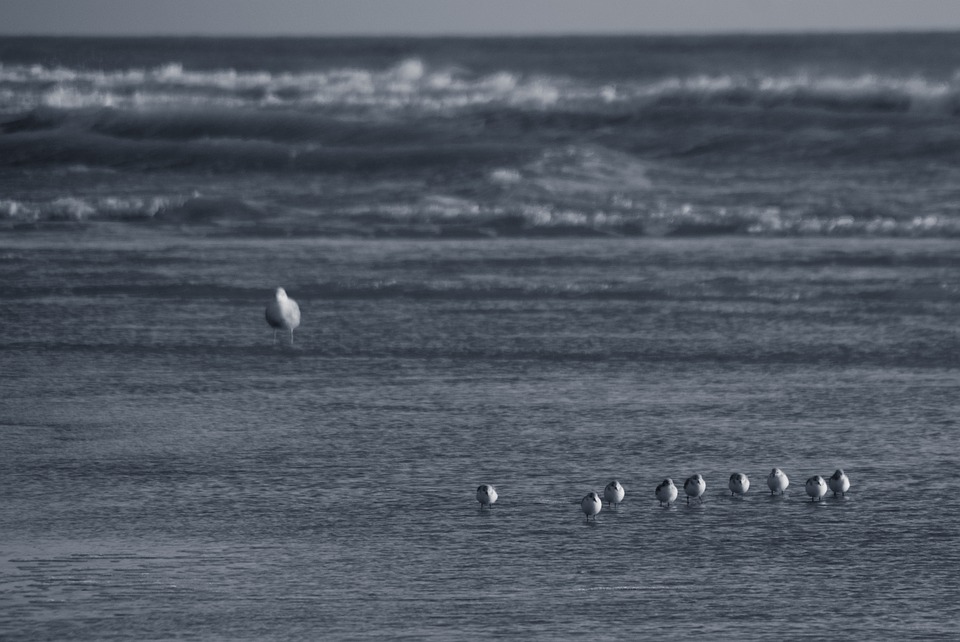 In the UK, there’s nowhere that’s more than 70 miles from the sea, and despite the stereotypes of cold, windswept UK seaside vacations, the country also has some of the most magnificent beaches in the world. To save you time combing the coastline for your ideal beach, we’ve compiled a list of some of the cleanest, warmest, and most beautiful candidates right here.

Consider this your beachy bucket list for your holiday, with everything from family-friendly crowd-pleasers in Devon to surfing attractions in Cornwall.

On the northeastern coast of England, it can get a little chilly, which is perhaps why tourists have criminally disregarded its extensive lengths of beautiful shoreline. The immaculate 1.5 mile-long white sand beach of Bamburgh is one of the best in the area, and it rests beneath a towering eleventh-century castle. 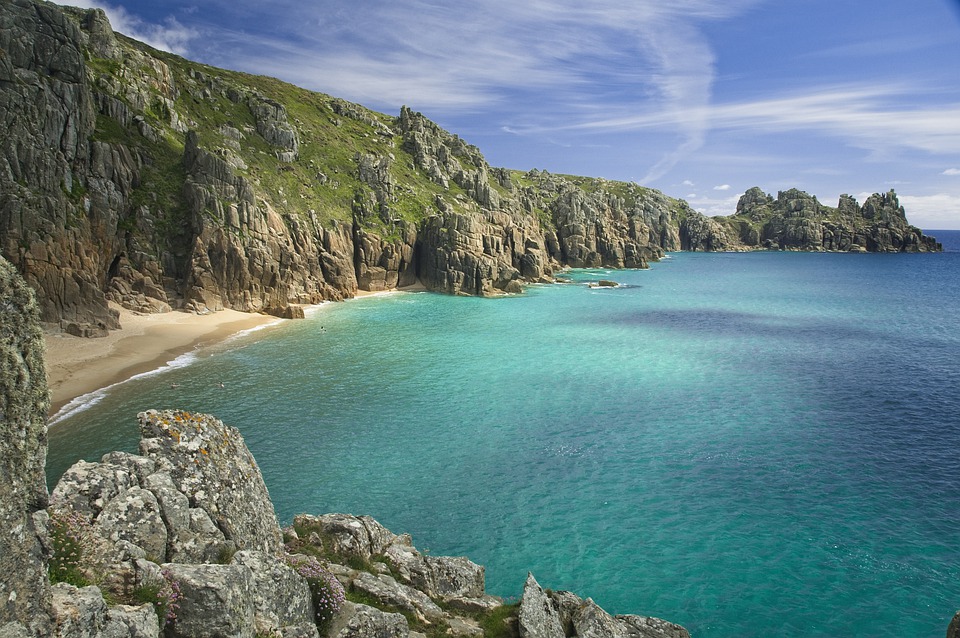 Camber Sands is so broad and golden that you’ll feel as if you’ve been transported to another beach. This Arabian-looking beach has appeared in several desert films, including ‘Carry On, Follow That Camel.’

The sandy beach continues for over five kilometers before turning into shingles as it approaches the eastern end. The lovely town of Rye, with its proper pubs, cobblestone streets, and rickety old houses, is four miles away from the western side.

Holkham, easily one of the best-looking beaches in the UK, would be swamped with visitors if it were just a few miles closer to London. Trek through the pinewoods and saltmarshes to observe rare birds, orchids, and sea lavender on a large sandy stretch backed by a lush nature reserve with a maze of well-marked walking trails.

If you visit Luskentyre during the off-season, you might be able to have kilometers of bright-white sand all to yourself. This is one of Harris’ most extensive beaches, located just north of Scarista, and travelers come here to relax on uninhabited beaches surrounded by azure sky and turquoise ocean.

Despite Blackpool getting all the attention, the stretch of beach around this attractive, though, little faded Lancashire coastal town has the greatest expanse of intertidal sand flats in the island-country (a massive five miles of shingle and sandy coastline).

Take a leisurely walk along the promenade to see the TERN Project, an award-winning sculpture trail including cormorants, razorbills, and steel gannets that are dotted along the coast. 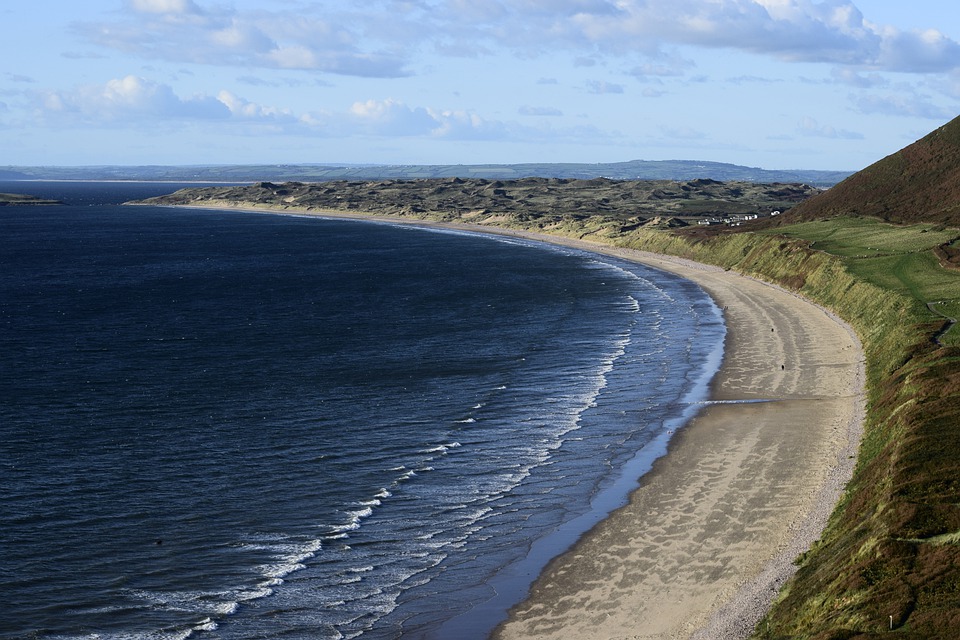 This beach will take some perseverance to reach, but it will be well worth it. Pentle Bay is an isolated stretch of dazzling white sand lapped by glassy-blue waves on the Isles of Scilly, an unspoiled archipelago off the coast of Cornwall.

The Wall Street Journal called the beach one of the top four under-the-radar beaches globally because of its beauty. Despite this, it’s still relatively quiet — perhaps the chilly water is to blame.

This modest turquoise bay is the stuff of fantasies, as it is small but perfectly structured. At least, that’s what the site scouts for the second season of ‘Poldark’ thought when they chose this gorgeous beach on the western foot of Cornwall for a dream sequence. Actors aren’t the only ones who frequent the area: basking sharks and dolphins have also been observed in the tranquil seas. Enjoy your ride and a view of these aquatic creatures while donning some of the best bikinis for boating.

This beach is extremely popular with families because of the freshwater stream and fine, white-shell sand. The iconic Minack Theatre, perhaps the most stunning open-air theatre in the UK, is located on the granite cliffs above.

Rhossili Bay, despite its remote location, has a long history of awards, including ‘best beach in Europe’ and ‘top ten beaches in the world.’ It’s simple to see why after just one visit: the steep, twisting walk down to the coast from Rhossili village is breathtaking, with panoramic views across three miles of golden beach and, on clear days, the North Devon coastline.

The beach itself is all about untouched nature. Still, there are amenities nearby: stop by the National Trust shop and visitor center in the village, or stop by the Bay Bistro for homemade sandwiches and soups if you forgot to bring lunch.

Summerleaze, one of Bude’s most popular beaches, embodies the classic British seaside. There are cute beach huts available to rent in a range of costs, with seaside huts starting at £35 for a week during the off-season. A paddling pool and a stretch of golden sand for walks along the coast appear during low tide.

There’s also no need to prepare lunch because fantastic restaurants and bars surround the family beach. Get out of the sand and head to Temple for fresh sourdough loaves, excellent coffee, and colorful seasonal lunches.

Woolacombe is a stunning beach with miles of endless golden sand — get into epic sandcastle building and hide & seek in the dunes at one of North Devon’s most popular hangouts. This picturesque bay, popular with families and surfers, also features rock pools for children to explore.

Grab a bite at one of the seaside cafés, or travel to nearby Ilfracombe for a much more substantial meal. The Antidote, a trendy wine bar, is the perfect location to end a beach day, with a weekly changing menu and modern decor that is the remedy to Devon’s stuffy tea rooms.