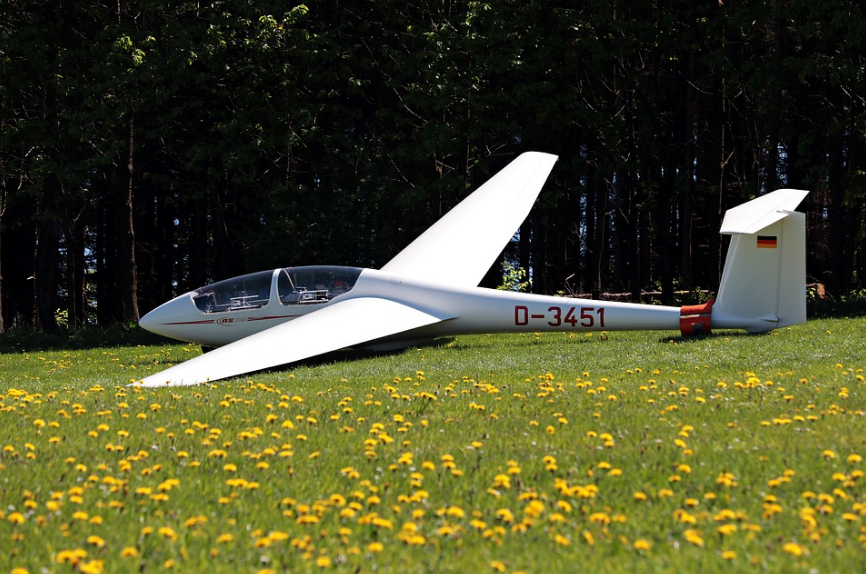 A glider is a type of aircraft that can fly with no engine. There are several types of gliders such as paper airplanes, toy gliders made of Styrofoam or balsa wood, and hang-gliders, a piloted aircraft with cloth wings. Some hang-gliders look like controllable parachutes, while some may look like piloted kites. On the other hand, sailplanes are piloted gliders with standard aircraft parts, flight control systems, and construction, but it has no engine. The famous Wright Brothers experienced navigating through a series of glider flights they have done from 1900 to 1903.

How Does a Glider Fly?

In order to fly, a glider has to be accelerated to flying speed. This speed has to be strong and fast enough for the wings to generate enough lift that can overcome the force of gravity. Most examples of early gliders have a low flying speed. That is why, to fly gliders back then, pilots of the glider have to fly into a wind so that it would not need any fast acceleration.

Today, gliders are flown using launching techniques using an airplane tow and an automobile tow. Glider operators typically use a tow rope usually that is about 60 meters long, and this rope has a steel ring that is attached at each end of the glider and fitting the tow hooks of the towing vehicle. Aside from this technique, gliders are also launched using a shock-cord launching, which works just like a slingshot. It can also be launched by winch tow, which works like a giant fishing reel, where the glider is attached to one end like a fish.

On the other hand, hang gliders are usually launched at a high point and descend, while sailplane gliders can fly for hours with the help of the lift from thermals and rising air caused by rising terrain.

When it comes to balsa gliders and paper airplanes, they are given an initial velocity by throwing the aircraft. More giant balsa gliders need a tow line and a catapult made from rubber bands to provide them with some initial altitude and velocity.

If a powered aircraft pulls a glider upward, it gives the glider a certain amount of potential energy. Now, the glider can either trade the potential energy difference from a lower altitude or higher altitude to produce kinetic energy, which means velocity. In short, gliders are always descending to the air in which they are flying.

But How do Gliders Stay in the Air for Hours?

The answer to this question is that gliders are designed to descend very slowly at an efficient rate. This means that if the pilot can get a pocket of air that is going up faster than the glider is plunging, then the glider can actually get altitude and increase its potential energy. These rising air pockets are called updrafts, and they are usually formed when a wind blowing at a mountain or hill has to grow and climb over it. However, but updrafts are also produced over dark land masses that absorb heat from the sun. The heat coming from the ground warms the air surrounding it, which causes the air to rise. These rising pockets of hot air are called thermals. The perfect example for this is large gliding birds, such as eagles, hawks, and owls. They are often seen circling inside a thermal in order to gain altitude even without flapping their wings. Gliders do the same thing.