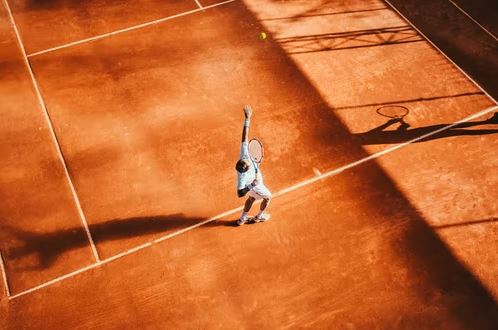 Around the world, tennis is a very popular sport. Just like volleyball, it is played with two opposing sides with a net separating them. The United Kingdom ranks fifth with a regional popularity score of 63 out of 100 being the most well-liked nation in Australia and France. It is hardly surprising that there have been so many outstanding British tennis players over the years given their strong predisposition for the sport.

Perry, who won the men’s Wimbledon title in 1936, and Andy Murray, who won the US Open in 2012, were the last British players to win a men’s singles Grand Slam trophy before Murray in 2013. At the 1935 French Championships, Perry, at 26 years old, became the first athlete to complete a “Career Grand Slam” by winning all 4 singles titles. He is still the only British player to have done so.

Perry was inducted into the US Army Air Force in 1942 during World War II, but the International Lawn Tennis Federation ignored amateur champions who later went pro between 1927 and 1967, therefore Perry did not receive full credit from tennis authorities until much later in life. Perry was honored with a statue at Wimbledon in 1984, and that same year, he was the only tennis player to be named in a poll of 2,000 Britons to choose the “Best of the Best” British athletes of the 20th century.

From the middle of the 1950s through the middle of the 1970s, British tennis player Christine Clara Truman James competed professionally. In 1956 and 1957, she won the British junior title, and in 1957, at the age of just 16, she made her Wimbledon debut.

Shirley Bloomer, a former English tennis professional who won three Grand Slam championships in her career, was the third seed at the time and the French Open champion. Only losing to Althea Gibson in the championship, Christine also managed to defeat American semifinalist Bety Rosenquest.

In the Wightman Cup in 1958, she was successful in defeating Gibson, the defending Wimbledon champion. She won the women’s singles title in the French Championships in 1959 at the age of just 18, becoming the youngest woman to do so. She won the Italian Championships in the very same year—possibly the best of her career—and finished second at the U.S. championships and made it to Wimbledon’s women’s doubles final.

Christine won the Australian Open the next year in singles, doubles, and mixed doubles. She won Wimbledon in 1961, bringing an era of dominance in tennis to an end. 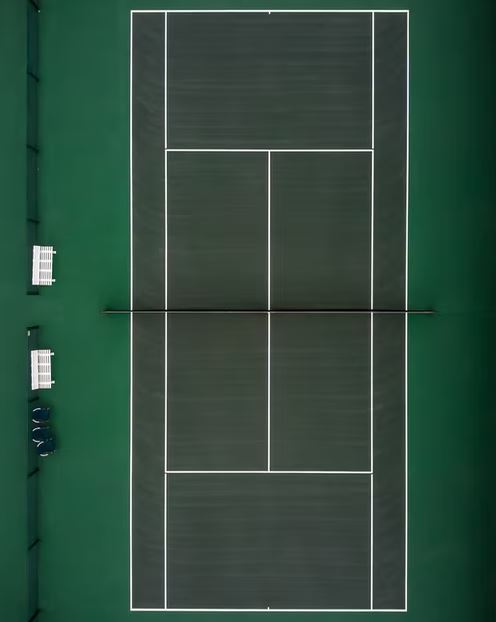 Former No. 1 female tennis player Florence Angela Margaret Mortimer Barrett is an English native from Plymouth. Throughout her career, Mortimer won three Grand Slam singles tournaments in addition to the 1955 French, 1958 Australian, and 1961 Wimbledon championships. What makes all of this success the best? Despite being largely deaf, she won these professional competitions.

She became the first British woman to win the Grand Slam in 1937 when she did it in 1955. Due to a terrible sickness, she suffered to win the Australian Championship, she did not play competitive tennis again until 1958 after this victory.

In addition, Mortimer partnered with British former tennis pro, Anne Shilcock, who played in the 1950s, to win the women’s doubles match at Wimbledon in 1955 in London where it is known to have places that are expensive if you plan on staying there.

Wade, who was born in 1945 in Bournemouth, England, migrated to South Africa at the age of one. Her family returned to England when she was 15 years old, where she attended the Tunbridge Wells Girls’ Grammar School before joining the Wimbledon County Girls’ Grammar School tennis team in 1961. When she won Bournemouth’s first open tennis tournament as an amateur, her tennis career officially got underway. She turned professional five months later and beat Billie Jean King to win the women’s title at the 1968 US Open.

Four years later, at the Australia Open, she won her second championship, which led to her appointment as a member of the Order of the British Empire, an organization that honors contributions to the arts and sciences. Wade amassed nearly $1.5 million in prize money and 55 professional singles titles throughout her career. From 1967 to 1979, she maintained a position in the top 10 among women’s tennis players. She ended her 26-year, illustrious career in singles play after the 1985 tennis season.

William Charles Renshaw was a British tennis player who competed in the late 19th century and had the No. 1 ranking at the time (3 January 1861–12 August 1904) Throughout his career, he amassed twelve Major titles. He was a right-hander recognized for his power and technical skill, which at the time gave him an advantage over the competition.

Up until 2017, when Roger Federer won his eighth singles title, Renshaw and American Pete Sampras held the male record for the most Wimbledon singles victories with seven. His six straight singles victories (1881–1866) set a world record. Additionally, he and his twin brother Ernest won the doubles title five times. The British Lawn Tennis Association’s first president was William Renshaw (LTA).

Andy, who was up in Glasgow, Scotland, started playing tennis when he was just three years old. At age 5, he participated in his first competitive tournament; by the time he was 8, he was playing in the neighborhood adult league. He was allowed to join the Rangers Football Club at their School of Excellence when he was 15 years old, but he chose to concentrate on tennis instead. He decided to relocate to Barcelona, where he attended the Schiller International School and regularly practiced on clay courts.

He won the Orange Bowl at the age of 12, the Junior US Open in 2004, and the No. 6 ranking in the world in 2003 while playing junior tennis. He became a professional by 2005. He played in his first Masters tournament, became the youngest Brit to compete in the Davis Cup, reached his first ATP final at the Thailand Open, and led Scotland in the first Aberdeen Cup. He won his first ATP championship and attained the illusive British No. 1 rating in 2006. Additionally, he ended Roger Federer’s 55-match winning streak in 2006 by becoming one of only two players to do so.

Murray has demonstrated his brilliance and persistence by continuing to win tournaments over the years, including his second Wimbledon and second Olympic Gold, despite some downtime and hip operations.