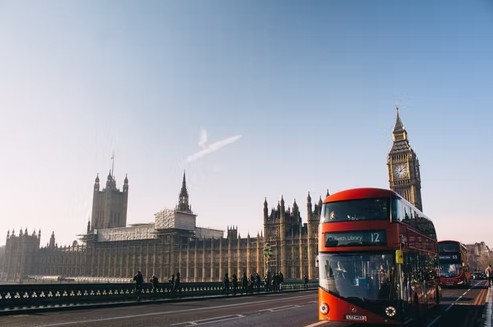 There is so much to see outside of London that you should stretch your legs and explore further afield to make the most of your vacation. When people think of the UK, they frequently just think of London as the primary attraction and place to live.

There is no disputing that London is a fantastic city to explore, and visiting London is frequently the first item on the itinerary for any trip to the UK. Having skipped many of the most important ancient cities and stunning landscapes, many visitors leave London with a jaded impression of what the UK has to offer. Take some time to go out of the city and discover some of the most beautiful sights, landscapes, and cultural experiences the UK has to offer, whether you’re a first-time visitor or a resident.

For those who live in or are hosted in London, a day trip to the lovely Bath is highly recommended. You may travel there by rail in just one and a half hours and be in the vicinity of more sights than you can imagine when you get to the city center. You won’t regret it if you try to spend the entire weekend there.

The main attractions Bath has to offer, including the Roman Baths, Bath Abbey, Thermae Bath Spa, Royal Crescent, galleries, museums, and parks, may be seen without using transportation. The visit will be delicious because of the abundance of eateries, bars, and cafés.

Bath is frequently utilized as a setting for various films and television shows because of its Georgian architecture. Outside of London, Bath is a must-see destination all year long in the UK. But because the city is so gorgeously decked and has so many passing attractions at that time of year, its Christmas market is unique. In several of the city’s squares and streets are chalets offering delicious food and presents.

The UK boasts beautiful rural settings in addition to its historic cities, which are famed for their rich green countryside. The Lake District in northwest England has some of the most beautiful scenery available. We can understand why it draws more than 15 million tourists a year as the UK’s largest national park and a UNESCO World Heritage Site. The Lakes is one of the best places to visit in the UK outside of London for scenery and a nice break from city life.

Everything you could want is included in a trip to the Lake District. Explore the local pubs, cafes, and stores on foot in one of the many charming villages, go on long hikes through the lush valleys or have a picnic by the lake. Several adventure parks provide sports like ziplining, rock climbing, kayaking, and more if you’re searching for something more daring. The Lakes excel at creating romantic getaways or fun family vacations.

If you believe that the UK lacks beautiful beaches and breathtaking coasts, then haven’t seen the Dorset coast. Here, among the spectacular land formations, steep, crumbling cliffs, and lovely bays, are some of the nation’s best beaches, in my opinion. Take a drive along the coast, stopping at the various lookout spots to get beautiful photos of the environment, or spend the hot summer days relaxing on a beach with golden sand.

A trip to Dorset typically entails lodging in a charming hamlet inland and driving throughout the region. Grand country estates, small towns, and lush countryside are tucked away from the ocean, but the beaches are the best spot to go for adventure. You might choose to stay in Bournemouth, a vibrant city with a thriving student population and nightlife. Due to its stunning coastline beauty, Dorset is our top choice for the greatest locations to visit in the UK outside of London.

Newcastle had to be included on our list of potential UK cities. The friendliest people in the UK live in this upbeat northern city, which also has a thriving nightlife and a culture that blends modern professional life with a rich cultural past. It’s a great place for a weekend getaway and far less expensive than other UK attractions, making it ideal for those on a tight budget.

Get lost in a little city that blends contemporary stores, cafés, and eateries with historic cobblestones by taking a trip down the famed Quayside to see the famous bridges, attending a play at the Sage or Theatre Royal, or both. The city as a whole exudes a cultural appeal that you’ll adore, and the architecture is exquisite. Nobody has ever gone to Newcastle and not had a nice time. Check out the nightlife, whether you’re looking for a comedy club, a laid-back cocktail bar, or a long night of clubbing.

Cornwall, the southernmost tip of the United Kingdom, is home to several UNESCO World Heritage Sites and was originally inhabited by Celtic tribes. For peaceful sun vacations and as the perfect retirement hideaway, it is well known to Britons. Additionally, because of the large number of creatives drawn to the area, offbeat cafes, pubs, and restaurants have emerged alongside typical country bistros and fish and chip shops.

Looking for coastal destinations? One of the nicest destinations to visit outside of London in England is Brighton, which is very close by and located in East Sussex. Train travel from the capital city to the location takes just one hour.

One of Brighton’s most popular attractions, like many coastal British cities, is its pier, where both young and older visitors may enjoy the amusement park perched above the water. Nearby lies the British Airways i360, a 162-meter observation tower from which you can enjoy panoramic views of Brighton’s vibrant skyline. A thrilling city break is just getting started. 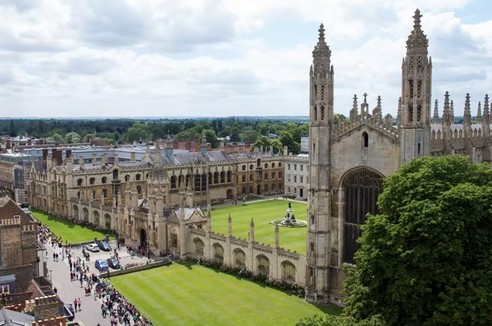 One of the two UK cities with internationally famous universities, the other being Oxford, is Cambridge. Visitors flock here to admire the buildings that appear to have not altered in centuries, the intriguing University and botanical gardens, and the little city center with its winding lanes lined with upscale cafes, boutique stores, and restaurants.

You may relax with a book or have a picnic among meadows and winding rivers outside the city if you explore the area. Punting, which is standing up in a narrow boat and paddling down the river at your leisure, is the most well-liked pastime here. With friends or the whole family, it’s a wonderful activity. Visit one of the many museums to learn about everything from polar expeditions to ancient Rome and Egypt when you’re not exploring the outdoors or the downtown streets.