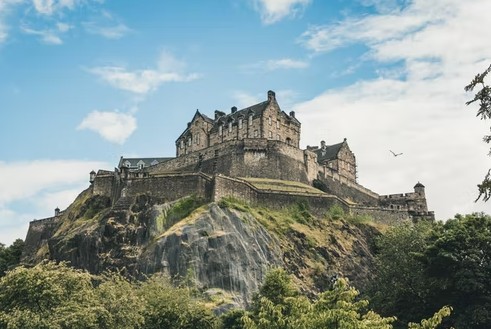 Scotland is home to numerous wonderful attractions that are unquestionably worthwhile visiting. Likely, you won’t know where to begin because so many options are available. We are unable to predict what attractions will appeal to you the most, but we can provide you with some information about several of Scotland’s best attractions to aid in your decision-making.

The National Museum of Scotland in Edinburgh

The National Museum of Scotland is a treasure trove of historic artifacts and priceless items, located on Chambers Street in Edinburgh. It’s a top tourist destination not only in Scotland, but also outside of London, and it has a fantastic calendar of traveling exhibits all year long. In addition, it has one of the most popular ceilings.

The capital’s skyline has been dominated by Edinburgh Castle for generations, making it a real Scottish landmark. It’s unusually perched atop a dormant volcano. It is, of course, one of the most well-liked tourist destinations in Scotland and holds the distinction of being the country’s most popular paid attraction.

Glasgow Museum of Transport is housed in the magnificent Riverside Museum, which was inaugurated in 2011 and is located on the River Clyde. It is jam-packed with amazing artifacts and vehicles that depict Scotland’s past and present. It is a must-see in Glasgow and one of the best things to do in Scotland.

Scotland’s national collection of fine art from the early Renaissance to the end of the 19th century is kept in the Scottish National Gallery. Masterpieces by Raphael, Velázquez, Vermeer, Monet, Cézanne, and Van Gogh, as well as Scottish artists, are shown on the walls of this popular site.

One of the finest art collections in Europe is housed in Kelvingrove Art Gallery and Museum. It is the most frequented museum outside of London in the United Kingdom and the most visited free tourist destination in Scotland. The specifically designed museum debuted in 1901. The museum’s scope is broad, and it was divided into two sections when Kelvingrove reopened in July 2006 following a three-year repair and redisplay project: Life and Expression. Natural history, human history, and prehistory are all represented in the Life galleries. The fine art collections are housed in the Expression galleries. The bequest of Archibald McLellan contributed significantly to the collection of paintings. Monet, Gauguin, and Renoir paintings are among the significant collection of French paintings from the 19th century.

In Edinburgh’s Old Town, St. Giles’ Cathedral, also known as the High Kirk of Edinburgh, is a parish church for the Church of Scotland. The existing structure was started in the 14th century and continued until the early 16th; extensive renovations, including the addition of the Thistle Chapel, were made in the 19th and 20th centuries. John Knox, the minister of the church following the Scottish Reformation, is just one of the historical individuals and events that St. Giles is strongly linked to.

One of Edinburgh’s most identifiable landmarks and top tourist attractions is the framed crown spire of St. Giles’ Cathedral, which is situated halfway down the famed Royal Mile.

The Royal Botanic Garden Edinburgh, founded in 1670 and regarded as one of the world’s greatest gardens, provides 72 acres of peace and tranquility and is only a short distance from the busy city center. 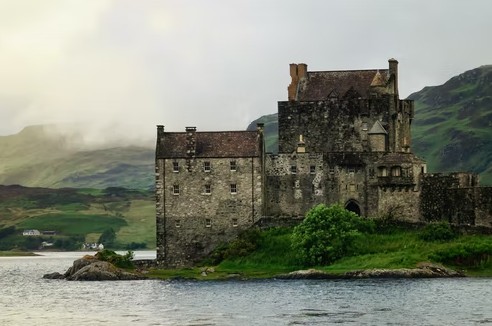 Don’t pass up a visit to one of Edinburgh’s most recognizable structures if you enjoy art. Through a wide range of captivating images, including paintings, photographs, sculptures, films, and more, you may explore Scotland’s past here.

The Glenfinnan Monument, a famous landmark set amidst Scotland’s breathtaking landscapes and erected to remember the clansmen who died fighting for the Jacobites, looks out over Loch Shiel and is supported by the well-known Glenfinnan Viaduct. Find out more about this stormy period in Scottish history and the kilted highlander who occupies the monument’s top position.

One of Scotland’s biggest and most significant castles, both historically and architecturally, is Stirling Castle, which is located in Stirling. The Stirling Sill geological formation includes the intrusive crag known as Castle Hill, which is where the castle is located.

Stirling Castle was a favorite residence for many of Scotland’s kings and queens in addition to being one of the finest and best-preserved Renaissance structures in the entire United Kingdom.

The Highland Species Park is a delight to visit since it combines native Scottish wildlife with endangered animals from around the globe. A variety of wildlife species, including wolves, polar bears, and lions, as well as Scottish wildcats, snowy owls, and wild horses, to name a few, can be seen nearby Aviemore. It’s a wonderful site to take the entire family and offers beautiful panoramic views as well.

This magnificent cliff-top castle is situated in a prime seaside area in the Ayrshire countryside. You are all set for a fun family outing with the majestic exterior, exquisite interior, immaculate gardens, a beautiful beach view, and 260 hectares of grounds to explore.

David Kennedy, 10th Earl of Cassillis, who was eager to impress with his money and prestige, previously used this magnificent 260-hectare estate as his playground. Conifers and beech trees are planted throughout the extravagant park, which is also built around kilometers of sandy shoreline punctuated by caves and includes a Swan Pond, an ice house, colorful formal gardens, and fruit-filled glasshouses.

The National War Museum, located inside Edinburgh Castle, one of the city’s most popular tourist destinations, is crammed with displays and artifacts that detail the effects of war on Scotland’s history, identity, and reputation worldwide.