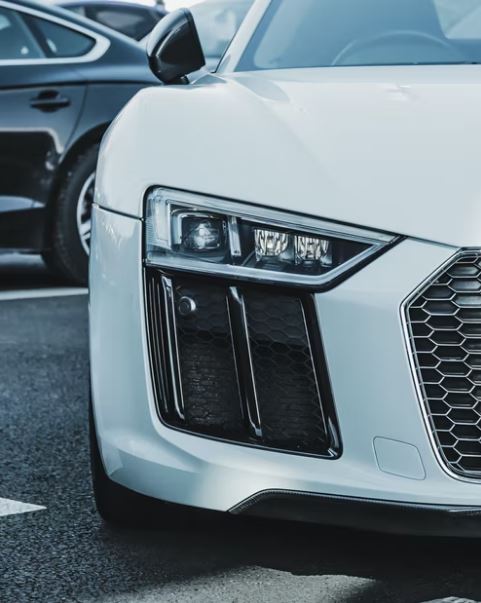 The Queen and those representing or supporting her as head of state use the State Cars for public appearances and ceremonial occasions. Two Bentleys and three Rolls-Royces are among the current State Cars. They are occasionally used by the Queen when she travels overseas, and they are also made available to visiting heads of state as well as senior members of the Royal Family for official responsibilities. These cars do not have registration plates because they are state vehicles. They are usually special versions, customized to fit the comfort and safety requirements of some of the world’s most powerful monarchs.

The Royal Mews, Buckingham Palace, is where the United Kingdom’s state and royal cars are housed (and at other royal residences as required). There is a differentiation between State Cars and other vehicles.

Cars Owned by the Royals 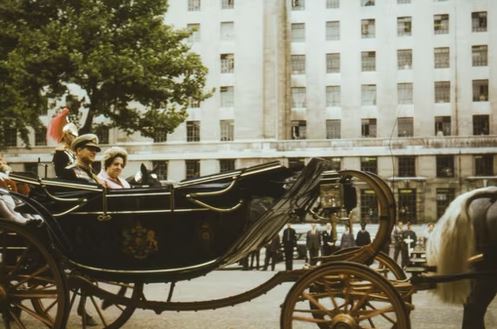 The Bentley State Limousines are official state automobiles designed by Bentley for Queen Elizabeth II’s Golden Jubilee celebrations in 2002. Only two were constructed, and they are both located in the Royal Mews.

The Bentleys are usually utilized for official occasions, and they are always accompanied by a variety of Royal Protection Squad cars, local police vehicles, and motorcycle outriders. A support vehicle for workers and aides is normally included in the procession, which was once a silver VW Transporter minibus until it was replaced by a black Mercedes V-Class in 2019. The registration plates on both automobiles were 1 KUV.

Despite having driven a variety of vehicles throughout her life, the Queen’s favorite has always been the Land Rover Defender. The unofficial total hovers around 30 royal Land Rovers, having possessed more than any other.

The Defender, like the rest of her cars, was customized to Her Royal Majesty’s specifications, including heated seats, power windows, and a slightly higher suspension to make it easier for her to drive around her estate. The 2002 Defender, unlike many of her other automobiles, had special green leather seating instead of lambswool and was powered by a large, fiery 4.2-liter V8 engine.

This Jaguar Daimler V8 Super LWB was delivered to Buckingham Palace in 2001 and served as the Queen’s vehicle for the next three years. Unlike the State cars, which are generally chauffeured, the Queen drove this automobile herself and used it to travel around her Windsor Castle estate and meet friends and dignitaries.

On the surface, it may appear to be a standard Jaguar Daimler V8, but the automobile has been customized to the Queen’s specifications, including an armrest with a sliding holder to carry her specific sort of handbag.

It also has a secret button on the cigarette lighters that turn on hidden neon lights, allowing the secret service to identify her and providing extra visibility in the case of a smoke assault. The interior is upholstered in the same lambswool cloth as the special Bentleys, and the boot has a radio that can be used to call the Home Office and Downing Street immediately.

Her Majesty will be the first purchaser of the new Bentley Bentayga, in addition to owning several custom Bentleys and a large collection of vintage models.

The 600bhp W12-powered Bentayga is the world’s fastest and most powerful SUV, capable of 187mph. It’s also the most expensive, with a retail price starting at £160,200 for the simplest entry-level variant. In addition, London has its fair share of expensive places to live in.

According to Bentley, the Queen will be able to customize her car and will not be limited to the standard options, thus it’s likely that it will include some of the Queen’s favorite upholsteries.

The LWB Landaulet, based on the long-wheelbase Rangie, is Land Rover’s fourth vehicle for state processions, having begun with a Land Rover Series 1 in 1953. Although the original Range Rover in 1970 was only luxury by British Army standards, the current iteration comes with a complete complement of modern conveniences suitable for the Queen.

In addition to the unique changes, it has a royal flag on the bonnet and a beautiful shade of maroon paintwork, as well as Range Rover’s new diesel hybrid powertrain.

Prince Charles is a great supporter of environmentally friendly vehicles today, although he was frequently seen driving large V8 grand tourers in the 1980s and 1990s. His Aston Martin V8 Vantage Volante, which he received as a gift from Bahrain’s Emir, was one of them.

Prince Charles was given an Aston Martin DB6 Volante by the Queen for his 21st birthday, and it has been one of his favorite automobiles ever since. It’s still in his ownership, and he and his wife Camilla are periodically photographed driving it.

Much of Prince Charles’ car collection, including the Aston Martin, has been adapted to run on environmentally friendly gasoline. It runs on leftover alcohol from wine production.

Prince Charles drives his Jaguar I-Pace, which he purchased in 2018, to his more formal occasions.

The all-electric vehicle advances the Prince’s goal of reducing Royal household emissions by 25% in ten years. In addition, the Prince’s goal of moving from gas to electric extends to other household items such as the stove. The car is mostly kept in London and is Charles’ primary source of transportation through the congested city streets.

The 3.0 Litre, a drophead coupe that attracted Prince Philip’s eye in 1954, was Lagonda’s second-ever vehicle under Aston Martin’s ownership. His car was said to have a radiotelephone, which the Prince enjoyed using to make prank calls to other members of the royal family.

A big vanity mirror was also installed so that the Queen may check her appearance before meeting her subjects. The automobile was occasionally transported around the world on the Royal Yacht Britannia, and it even made an appearance in the 1956 Melbourne Olympic Games.

Prince Harry’s everyday driver is a unique option in comparison to the rest of the Royals’ British stately cars. He owned and drove an Audi RS6 Avant, the German marque’s 597-hp super wagon, for about a year. It’s not the only Audi owned by a Royal, as Prince Charles previously owned an A8, and William and Kate previously owned an A5 Sportback and an A3.