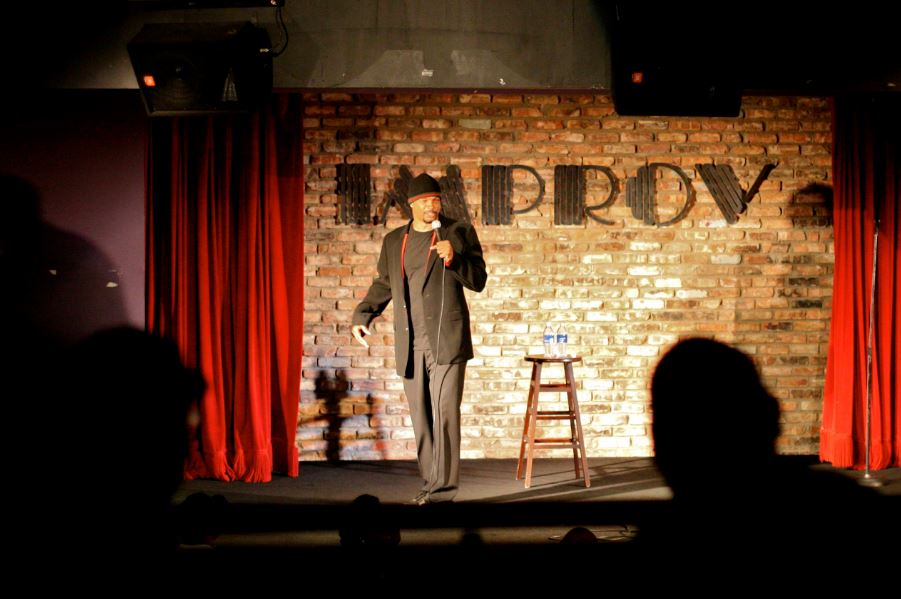 Many people go by the saying, “Laughter is the best medicine,” and this medicine is given to you by a handful of comedians that you usually see on TV or even in real life. Thanks to these people, you now get free therapy sessions that can heal your broken hearts and lift you from the sadness that you feel.

Comedy is such an underrated art, and comedians are also underrated artists that deserve a lot of recognition. It is so amazing to see how these comedians deliver their funny remarks, hilarious jokes, witty one-liners, partnered with their amusing body movements that indeed add to the fun. So if you want a good laugh, sit back, relax, watch these people, and let them do the work.

Now, speaking of comedians, the United Kingdom indeed has a lot of them. The UK has a rich history of legendary comedians, and some are even big favorites worldwide. There are a lot of successful comedians in the UK, so successful that they could afford to live in the most expensive places in London.

You may know some of these comedians, but there are also some on the list that you may not recognize – but it’s alright since this may help you know these people better. The list below will acquaint you with a few of the famous comedians in the United Kingdom who are experts in their field. Watch out because you may bump into some of them on one of the beaches in the UK or recognize them in one of the TV shows you’re watching. 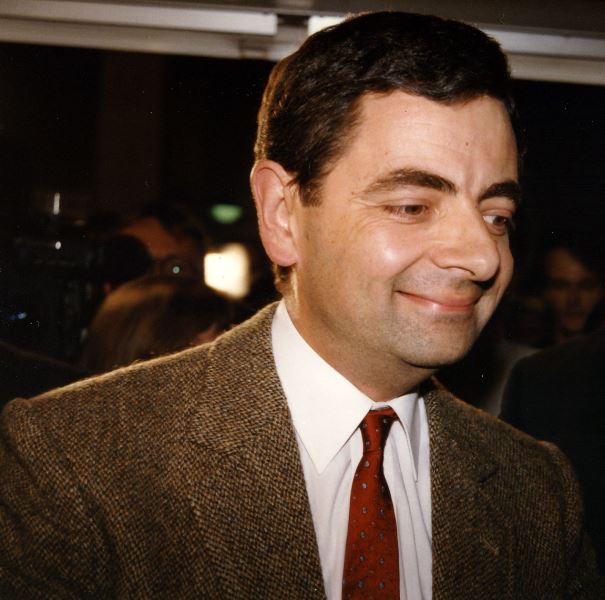 First on the list is the famous Rowan Atkinson. Born on January 6, 1955, in Consett, County Durham, England, Rowan Atkinson is renowned for being an actor and comedian.

Atkinson is such an unforgettable actor and comedian for almost everybody in the world since he was an excellent portrayer of the famous Mr. Bean. Rowan Atkinson played Mr. Bean in the Mr. Bean series and the movie adaptations that reached many people worldwide. Mr. Bean is a part of almost everyone’s childhood, and it will never be the same without Rowan Atkinson.

But aside from Mr. Bean, Atkinson proved that he was such an excellent comedy actor when he starred in Blackadder, a British sitcom. After that, he played a role in films like Never Say Never Again and The Witches and Four Weddings and a Funeral.

Dara O’Briain is a comedian born on February 4, 1972, in Bray, Ireland. He is famous for being an Irish comedian performing several stand-up comedy shows worldwide. Aside from being a comedian, O’Briain is also a television presenter based in the UK.

Aside from being on TV, you may also see Dara O’Briain’s works in newspapers. He is a columnist for national papers in Ireland and Britain, and he also published several books for children and adults. O’Briain wrote Beyond the Sky, a children’s book nominated in 2017 for the Blue Peter Book of the Year Award. 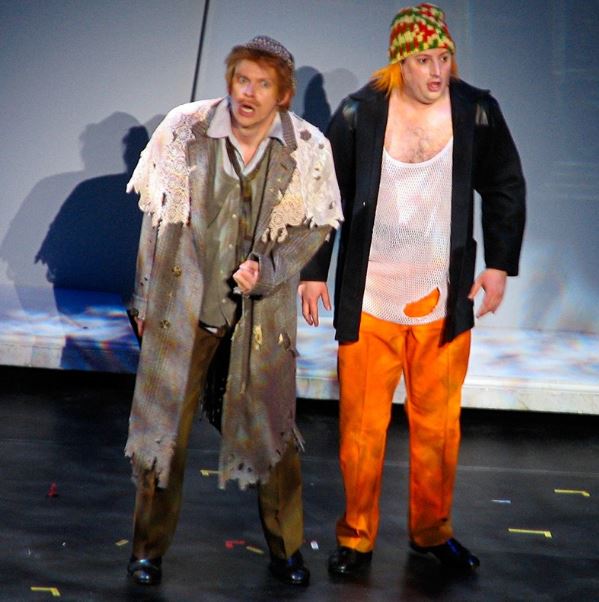 David Mitchell is probably an all-around guy. He is an actor, comedian, television presenter, and writer – what else can he not do? On July 14, 1974, David Mitchell was born in Salisbury, United Kingdom. He is famous today for the TV game show Would I Lie to You? where he is a team captain of one of the teams in the show.

David Mitchell also played a part in Think the Unthinkable, an audience sitcom. Currently, Mitchell is hosting The Unbelievable Truth, a game show on BBC Radio 4, which premiered in 2007 and is still rolling today.

With all these movies, comedy sitcoms, and tv shows he’s hosting, David Mitchell proves that he is a fantastic comedian.

Born and raised in Hampstead, London, Stephen Fry is a well-known actor and comedian. He is the Fry in the famous comedic duo Fry and Laurie.

You can see Stephen Fry in a lot of movies and TV shows. He starred in Blackadder, Kingdom, Alice in Wonderland (2010), The Hobbit, and many more. Fry is a living legend as he contributed a lot not only in the field of entertainment but also in literature. He wrote books such as Mythos, Troy, The Liar, and a lot more.

The best thing about Stephen Fry is he is an open, loud, and proud gay man. For some people in the LGBTQ community, Fry is an inspiration and someone to look up to.

Stephen Merchant is an English comedian born on November 24, 1974, in Hanham, Bristol, United Kingdom. Aside from being a well-known comedian, Merchant is also an actor, screenwriter, and radio personality.

Before starting his career as a stand-up comedian, Stephen Merchant had a career in radio programs. Merchant is also famous for co-writing the well-known comedic TV series, The Office. He also co-wrote, co-directed, and starred in Extras and Life’s Too Short.

It is worth noting that Stephen Merchant is six feet and seven inches tall, and he used this characteristic of his to the best of his ability in most of his comedic stunts and performances. 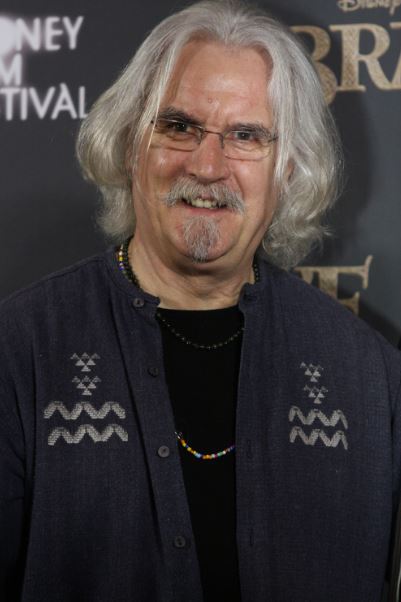 Billy Connolly is among UK’s top comedians. He was born in Anderston, Glasgow, the United Kingdom, on November 24, 1942. Aside from his career as a comedian, Connolly is also an actor, musician, and TV presenter.

Billy Connolly is an excellent comedian and is famous for his improvised idiosyncratic comedic stints, which usually include profane words. Because of this, Connolly became among the most famous stand-up comedians worldwide, topping several polls in the UK.

Before being a well-known comedian, Billy Connolly was first a Folk Singer. He slowly became a comedic persona, and then his career transitioned into a full-time comedian. He debuted as a comedian at Cottage Theatre in Cumbernauld, and from there, his career grew, and he became among the most successful comedians in the UK.

In October 2017, Connolly received knighthood by Prince William in Buckingham Palace for his service to the entertainment industry and charity. However, in 2018, Billy Connolly announced that he was retiring from the comedy industry and started pursuing his artist career.

Topping the list for female comedians in the UK is Dawn French. French was born on October 11, in Holyhead, United Kingdom, and alongside her career as a comedian, she is an actress, presenter, and writer.

Dawn French is famous for writing the BBC comedy show French and Saunders, wherein she also starred together with Jennifer Saunders, her comedy partner, and best friend. She also played the role of Geraldine Granger in The Vicar of Dibley, a British sitcom on BBC.

As a writer, Dawn French has written many books, including her best-selling autobiography and epistolary novel, Dear Fatty. Aside from that, she also published According to Yes, Because of You, Oh Dear Silvia, and many more books.